Google released a file organizer app called Files Go last year, but a lot of people still haven’t downloaded it yet. Considering the fact that there are hundreds of millions of Android devices out there, it’s surprising that only 10 million or so users have downloaded the app. Let’s go through the features and benefits of this lightweight app and see if it can really be useful to you. 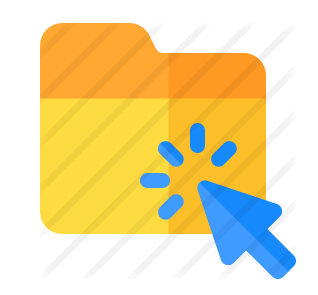 The most prominent feature of this app is, of course, storage management. In the storage section of the app, you’ll be able to see your current device memory usage and how much free memory you have left. If you scroll down, you’ll see Google’s magic at work. Recommendation cards show all your duplicate files, unused apps, cache files, really large files and anything else that you might want to remove. You can also see how much space you’ll free up if you delete each of those.

The best part about these recommendation cards is that they’re intuitive and get smarter over time. You’ll also be able to directly move stuff from your device to your SD card.

File management is the next big feature, and Files Go makes it easy to view everything at a glance. It also shows you specific app data, which you can drill into and makes changes to. Since Google offers free cloud storage for photos and videos for Google account users, you can also move all such media directly to the cloud as a backup. It’ll help keep your media files safe.

The best part about the files section is that you don’t have to search willy-nilly for a file. File search is extremely easy, especially since the menu offers different view options. However, if you are looking for the desktop solution, then you should take a look at the steps introduced in this post. 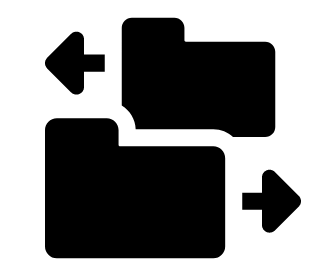 Offline transfers are extremely useful when you have two devices next to each other. It uses NFC and Bluetooth rather than an Internet connection, so you won’t need to be online when transferring files. Sharing with friends has been made simple.

At the bottom of the files, section is where you’ll see this option. Simply tap on Send, and wait for the other person to open the app and tap on Receive. You can then pick the files you want to send and have them zoom over wirelessly.

Once you’re done transferring files, you can go back one page and tap Disconnect to end the session.

Files Go also has a few customization options, such as alerts for low storage, unused apps, downloaded files, large media folders and so on. You can also change the device name that will be displayed when you connect with someone else.

Although we’d like to see a lot more customization on the app, the basic stuff should be enough for new users. The fewer the options, the simpler it is to use the app.

Cloud storage is an obvious benefit of using Google’s Files Go app, but there are also others. For one, this app is developed and managed by Google itself, so you’ll get updates quickly and in a timely manner. You’ll also see new features made available on a regular basis. For example, you’ll see the following new features listed on the version released on April 12, 2018:

● Search for files to find files even faster.
● Remove photos that are already backed up.
● See duplicates’ locations when deleting duplicate files.
● Get smarter notifications with higher relevancy.

Google is sure to keep pushing new updates to the app, so be sure to set your Google Play to auto-update apps over WiFi so you can get them automatically. If you’re generally on mobile data most of the time, be sure to read your notifications to see when an update to the Google Files Go app is available.